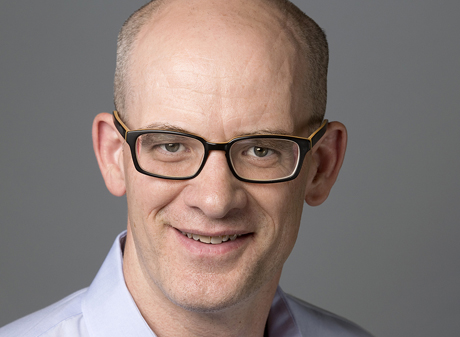 Einstein Foundation Berlin enables interdisciplinary research between Boston and Berlin in the field of muscle regeneration through biomaterials.

David Mooney, Professor at the Harvard School of Engineering and Applied Sciences in Boston (USA), was awarded the Einstein Visiting Fellowship of the Einstein Foundation. Mooney is one of the most important researchers in the field of biomaterials and biomimetic sciences. In addition to his work at the University of Havard, he is also a faculty member of the Wyss Institute for Biologically Inspired Engineering. He is also an editorial consultant for several journals and publishers, organizes and leads leading conferences and symposia, and participates in several industrial advisory boards.

David Mooney was proposed for the "Einstein Visiting Fellows" funding program on the recommendation of the Berlin-Brandenburg School for Regenerative Therapies (BSRT). Together with the Graduate School, he will establish the working group "Muscle Regeneration through Biomaterials" in Berlin and establish it on a long-term basis. The interdisciplinary research work between Berlin and Boston is aimed at developing mechanisms with which cells can be reprogrammed in the body instead of taking them from humans and turning them into stem cells in the laboratory.

The funding program "Einstein Visiting Fellows" of the Einstein Foundation Berlin aims to integrate top foreign scientists and scholars into Berlin's research and academic landscape over the long term and thus further strengthen the international profile of Berlin's universities and research institutions. The main target group are researchers who complement key areas of science in Berlin with special expertise and who cannot be recruited by appointment because they are bound to their home university.