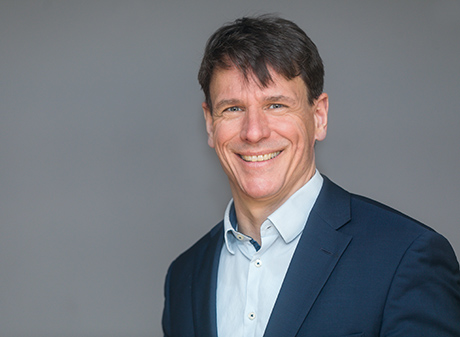 Georg Duda is elected to the DFG Senate

Prof. Dr. Georg Duda is one of nine new members of the Senate of the German Research Foundation (DFG). The director of the Julius Wolff Institute of Biomechanics and Musculoskeletal Regeneration and deputy spokesperson of the BIH Center for Regenerative Therapies (BCRT) thus occupies the place of clinical-theoretical medicine in the central scientific committee of the largest research funding organization and central self-governing body of science in Germany.

The DFG Senate advises and decides on all DFG matters that are of major importance. It is thus responsible for all central decisions in the run-up to research funding decisions, as well as for all important decisions regarding the structure of the review, evaluation and decision-making process. The Senate also decides which Review Boards are to be formed and how they are structured.

The DFG Senate has a total of 39 members. Of these, 36 are elected by the General Assembly - they are also the scientific members of the Joint Committee. In addition, the Presidents of the German Rectors' Conference, the Union of the German Academies of Sciences and Humanities and the Max Planck Society are members of the Senate by virtue of their office. The Presidents of the Hermann von Helmholtz Association of German Research Centres and the Fraunhofer Society and the Chairwoman of the Science Council are permanent guests of the Senate.

The new members of the DFG Senate were elected on 1 July during the General Assembly at the DFG's Annual Meeting. Due to the corona pandemic, this took place as a video conference.

No results? Please also use our central search.