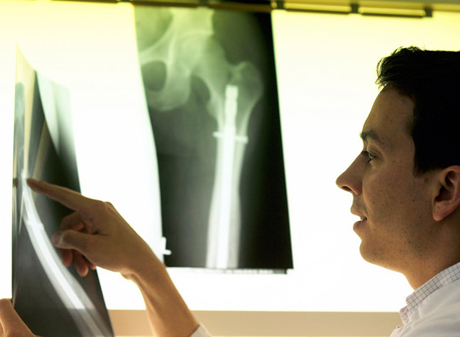 In an article in the current journal Nature Biotechnology, physicians and basic researchers at Charité - Universitätsmedizin Berlin criticize the division between medical researchers and practicing physicians. The increasing complexity of new therapeutic methods and technical possibilities poses new challenges, especially for physicians. Added to this is the limited time available to doctors who, in addition to caring for patients, are also involved in training students: "The spectrum that doctors have to cover today has grown enormously.

Progress in biomedical research, for example, enables us to identify the roles not only of individual cells, but of various proteins, molecules and even genes. The range of new diagnostic procedures has increased as has the range of therapeutic options," explains Dr. Philipp von Roth, Clinical Scientist at the Berlin-Brandenburg School for Regenerative Therapies (BSRT) and Orthopaedic and Trauma Surgeon at the Charité. He is undergoing a new training as "Clinical Scientist", which was developed at the DFG-funded graduate school at the Charité. Together with his scientific colleagues, he wrote the article about the increasing problems of physicians in medical research and discussed various approaches to solutions from four universities worldwide.

The Graduate School of the Charité offers a special training program for physicians in which they receive time as well as financial and scientific support for their medically relevant research projects. Through their own courses, doctors also learn about and understand the challenges and opportunities presented by other disciplines. "This is essential," says the coordinator of the graduate school, Prof. Dr. Georg Duda. "There is often a lack of a common language that is needed for interdisciplinary projects. Engineers, biologists and physicists need to understand the problems faced by doctors. Conversely, physicians should know the current biological and technical analysis options. Only in this way can joint projects be developed and implemented."