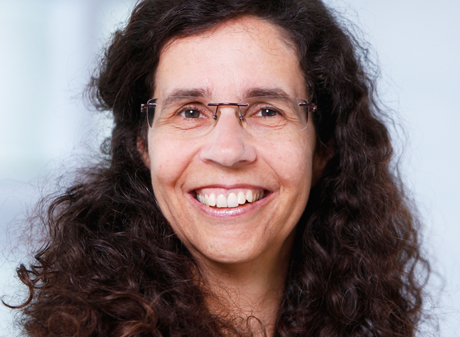 Viola Vogel, an internationally renowned bioengineer and nanotechnologist, will be a future Einstein BIH Visiting Fellow at the Berlin Institute for Health Research (BIH). Supported by the Charité Foundation and the Einstein Foundation, she will strengthen future-oriented research in the field of regenerative medicine in Berlin over the next three years. Her innovative approaches to measuring cell-regulated mechanical forces in the body are regarded as an important basis for a better understanding of growth and healing processes. The Fellowship is endowed with almost half a million euros.

Mechanical forces act from the outside on tissue and body cells and are translated by these into biochemical signals. These signals in turn control the behaviour of cells and tissue. In response to the stimulating outside world, the cells change their own forces with which they pull on tissue fibres and constantly renew and rebuild them. In diseases such as high blood pressure, however, this behavior is disturbed. Viola Vogel discovered a new method that uses nanoprobes to measure the mechanical stress on tissue fibres in the body. Understanding how mechanical forces influence cell functions is the basis for more effective therapies for diseases of the musculoskeletal system or the cardiovascular system.

"Viola Vogel is one of the most important nanoscientists in the world. Her appointment as an Einstein BIH Visiting Fellow and the associated cooperation with ETH Zurich are not only a confirmation of the previous research work in Berlin, but also a promise for the future to develop groundbreaking methods in the field of regenerative medicine," says Georg Duda, Director of the Julius Wolff Institute of Biomechanics and Musculoskeletal Regeneration at the Charité-Universitätsmedizin Berlin and spokesperson of the Berlin-Brandenburg School for Regenerative Therapies and the Einstein Center for Regenerative Therapies.

Viola Vogel is Professor of Applied Mechanobiology at ETH Zurich. Before that, she conducted research at the University of Washington and established the Center for Nanotechnology in Seattle. The 57-year-old was a member of the Nanotechnology Advisory Board of the government of former US President Bill Clinton. She received numerous scientific awards for her research on nanorobots, the so-called nano shuttles, which can transport their freight to specific locations. Her more recent developments of measuring probes to make mechanical stress in tissues visible were supported by a highly endowed ERC Advanced Grant from the European Research Council.

Einstein BIH Visiting Fellowship
The funding program of the Einstein BIH Visiting Fellows is a cooperation between the Charité Foundation and the Einstein Foundation Berlin. The funding comes from the Private Excellence Initiative of the entrepreneur Johanna Quandt, with which the Charité Foundation specifically strengthens the life sciences and medicine in Berlin. The fellowship funds of up to 150,000 euros per year are used to finance the scientists and laboratory costs in Berlin as well as the travel expenses of the fellows between their home institution and their Berlin research group. The Einstein Foundation Berlin is responsible for the peer review process and ensures the scientific quality of the programme based on the proven multi-stage procedure.

About the Einstein Foundation Berlin
The purpose of the foundation is to promote science and research in Berlin at the highest international level and to permanently establish the state as an attractive location for science. Further information: www.einsteinfoundation.de